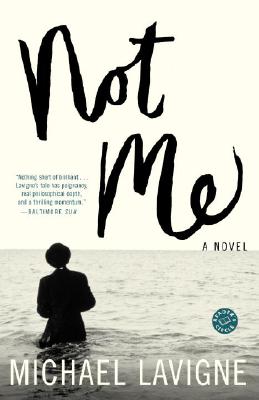 Not Me is a remarkable debut novel that tells the dramatic and surprising stories of two men-father and son-through sixty years of uncertain memory, distorted history, and assumed identity.

When Heshel Rosenheim, apparently suffering from Alzheimer’s disease, hands his son, Michael, a box of moldy old journals, an amazing adventure begins-one that takes the reader from the concentration camps of Poland to an improbable love story during the battle for Palestine, from a cancer ward in New Jersey to a hopeless marriage in San Francisco. The journals, which seem to tell the story of Heshel’s life, are so harrowing, so riveting, so passionate, and so perplexing that Michael becomes obsessed with discovering the truth about his father.

As Michael struggles to come to grips with his father’s elusive past, a world of complex and disturbing possibilities opens up to him-a world in which an accomplice to genocide may have turned into a virtuous Jew and a young man cannot recall murdering the person he loves most

Prev: Not I
Next: Not Quite Not White