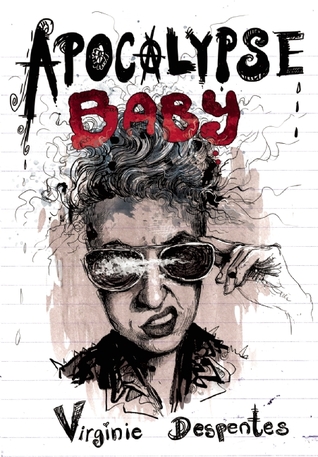 Apocalypse Baby is a smart, fast-paced mystery about a missing adolescent girl traveling through Paris and Barcelona. She is tailed by two mismatched private investigators: the Hyena, part ruthless interrogator, part oversexed rock star, and Lucie, her plain and passive—almost to the point of invisible—sidekick. As their desperate search unfolds, they interrogate a suspicious cast of characters, and the dark heart of contemporary youth culture is exposed.

Cult author and filmmaker Virginie Despentes has written many award-winning books, including King Kong Theory, andApocalypse Baby, which won the 2010 Prix Renaudot when it was first published in France. She is the co-director of the screen adaptations of her controversial novels Baise-Moi andBye Bye Blondie.

Prev: Apache: Inside the Cockpit of the World's Most Deadly Fighting Machine
Next: Apocalyptic Swing