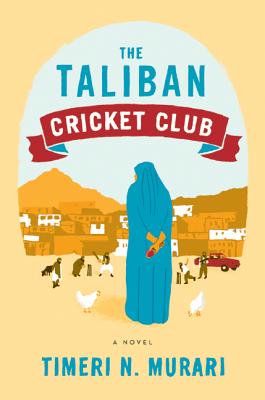 Rukhsana is a spirited young journalist who works for the Kabul Daily in Afghanistan. She takes care of her ill, widowed mother and her younger brother, Jahan. But then Rukhsana is summoned to appear at the infamous Ministry for the Propagation of Virtue and the Prevention of Vice, and their quiet and tenuous way of life is shattered.

There, the malevolent minister, Zorak Wahidi, announces that the Taliban has found a new way to pursue the diplomatic respect it has long been denied: cricket. On the world stage of sports, the Taliban will prove they are a fair and just society. Rukhsana and several other journalists are to report that a tournament will be held to determine who will play for Afghanistan. Anyone can put together a team. Women are forbidden to play. The winners will travel to Pakistan to train, then go on to represent Afghanistan around the world.

Rukhsana knows that this is a shameful, and deeply surreal, idea. The Taliban will never embrace a game rooted in civility, fairness, and equality, with no tolerance for violence or cheating. And no one in Afghanistan even knows how to play the game.

This could be a way to get her cousins and her brother out of Afghanistan for good. But before she can organize a team, the terrifying Wahidi demands her hand in marriage. He finds her both exciting and infuriating, and wants to control her unruly, willful nature. The union would be her prison, stripping away what few freedoms she has left under Taliban rule and forcing her away from her family. Not marrying Wahidi, however, might mean her death. Her family rallies around her, willing to do anything to protect her, even if it means imprisonment or worse.

But Rukhsana realizes that Wahidi may have given her a way out, too. With the help of her loyal, beloved brother and cousins, she forms her own cricket team and sets about teaching them how to win their freedom—with a bat and a ball.

Inspired by the Taliban’s actual and unprecedented promotion of cricket in 2000 in an attempt to gain acceptance in the global community, internationally bestselling author Murari weaves a riveting story of strength, hope, and soaring human triumph that proves no tyranny is ever absolute in the face of love.

Prev: The Take
Next: The Taming of the Duke