“[Davis] has a graceful, witty style and his ability to render believable astonishingly improbable occurrences is the stuff of sorcery.” 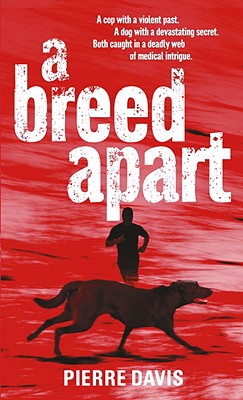 Lt. Elliot Elliot, aka E Squared. A botched drug raid yanks him off the street and into a cubicle at the Pearson Institute of Health Sciences, where he’s reduced to hunting down stolen laptops. Then the ultimate insult: track down an escaped lab animal, a seventy-five-pound black Labrador retriever.

But the dog turns out to be an extraordinary creature at the heart of an international collision between science, money, lust, and life itself. And as Elliot struggles to understand what’s going on, the dog must wage its own desperate battle for survival .

Elliot encounters a trophy wife from his own past, a professional killer with a medieval bent, a comatose surgeon with a checkered history, and a billionaire locked in a frantic struggle to stay alive—all connected to a dog that guards a secret far deadlier than anyone can imagine.

Prev: A Better Woman
Next: A Bridge for Passing