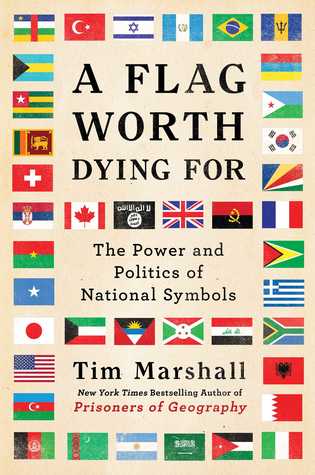 A Flag Worth Dying For

The Power and Politics of National Symbols

Combining keen analysis of current events with world history, Tim Marshall, author of the New York Times bestseller Prisoners of Geography, “one of the best books on geopolitics you could imagine,” (The Evening Standard), explains flags and their symbols—how their power is used to unite and divide populations and intimidate enemies.

From the renewed sense of nationalism in China, to troubled identities in Europe and the USA, to the terrifying rise of Islamic State, the world is a confusing place right now and we need to understand the symbols, old and new, that people are rallying round. For thousands of years flags have represented our hopes and dreams. We wave them. Burn them. March under their colors. And still, in the twenty-first century, we die for them. Flags fly at the UN, on Arab streets, from front porches in Texas. They represent the politics of high power as well as the politics of the mob.

In nine chapters (covering the USA, UK, Europe, Middle East, Asia, Africa, Latin America, international flags, and flags of terror), Tim Marshall’s A Flag Worth Dying For examines the systems of symbols that represent nation states and non-state actors (including ISIS, Hezbollah, and Hamas), and how they figure in diplomatic relations and events today.

Drawing on more than twenty-five years of global reporting experience to reveal the true meaning behind the symbols that unite us—and divide us—A Flag Worth Dying For is a winning combination of current affairs, politics, and world history.

Prev: A Falling Knife
Next: A French Wedding