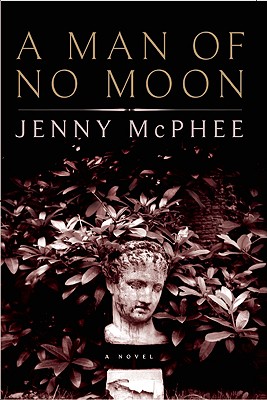 A Man of No Moon

It’s 1948, and postwar Rome is giddy and chaotic. Poet Dante Sabat is attending yet another film industry soirée at Tullio Merlini’s apartment off the Via del Corso. Disaffected and deeply self-absorbed, Dante finds Tullio’s glamorous evenings tedious but welcomes any distraction. This rainy evening, the distraction is double: sisters Gladys and Prudence Godfrey, both beautiful, sharp-witted, and remarkably compelling American actresses who have recently arrived in Rome. As the new acquaintances leave the party together, it marks the beginning of a story of three damaged people struggling to live with their memories, and with themselves. Exhausted by fascism and the Second World War, Dante finds refuge in the hope offered by the resurgent cinema, by American literature, and, in particular, by the pragmatic optimism and sexual energy of his American lovers. But after decades of struggling to defend the fallibility of his art, his nation, his family, and his own humanity, he remains convinced that the best expression of hope is to give up his life. The question for Dante is: Can Gladys and Prudence change his mind? Will he let them?

Prev: A Lucky Child
Next: A Matter of Marriage