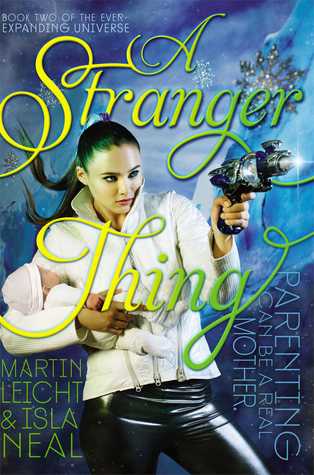 Pregnancy was pretty rough for sixteen-year-old Elvie Nara, what with the morning sickness, constant food cravings, and the alien race war she found herself in the middle of. But if she thought giving birth to an extraterrestrial’s baby would be the hard part, she was sorely mistaken.

After Elvie’s baby is not what was expected, the Almiri completely freak out. Suddenly Elvie’s supposed allies have shipped her—along with her father, her best friend, Ducky, and her maybe-boyfriend, boneheaded Almiri commando Cole Archer—off to a remote “retention facility” (aka alien jail) in Antarctica. Talk about cold. But things really get complicated when a new group of hybrid aliens arrive with information that sends Elvie’s world spinning. Before long, Elvie is trekking across the bottom of the Earth with a band of friends and frenemies to uncover the secrets of her own origin. Will Elvie ever be able to convince the Almiri that a conspiracy to conquer the planet is a greater threat than a sixteen-year-old girl and a newborn who won’t stop crying?

Prev: A Strange Business
Next: A Study in Seduction