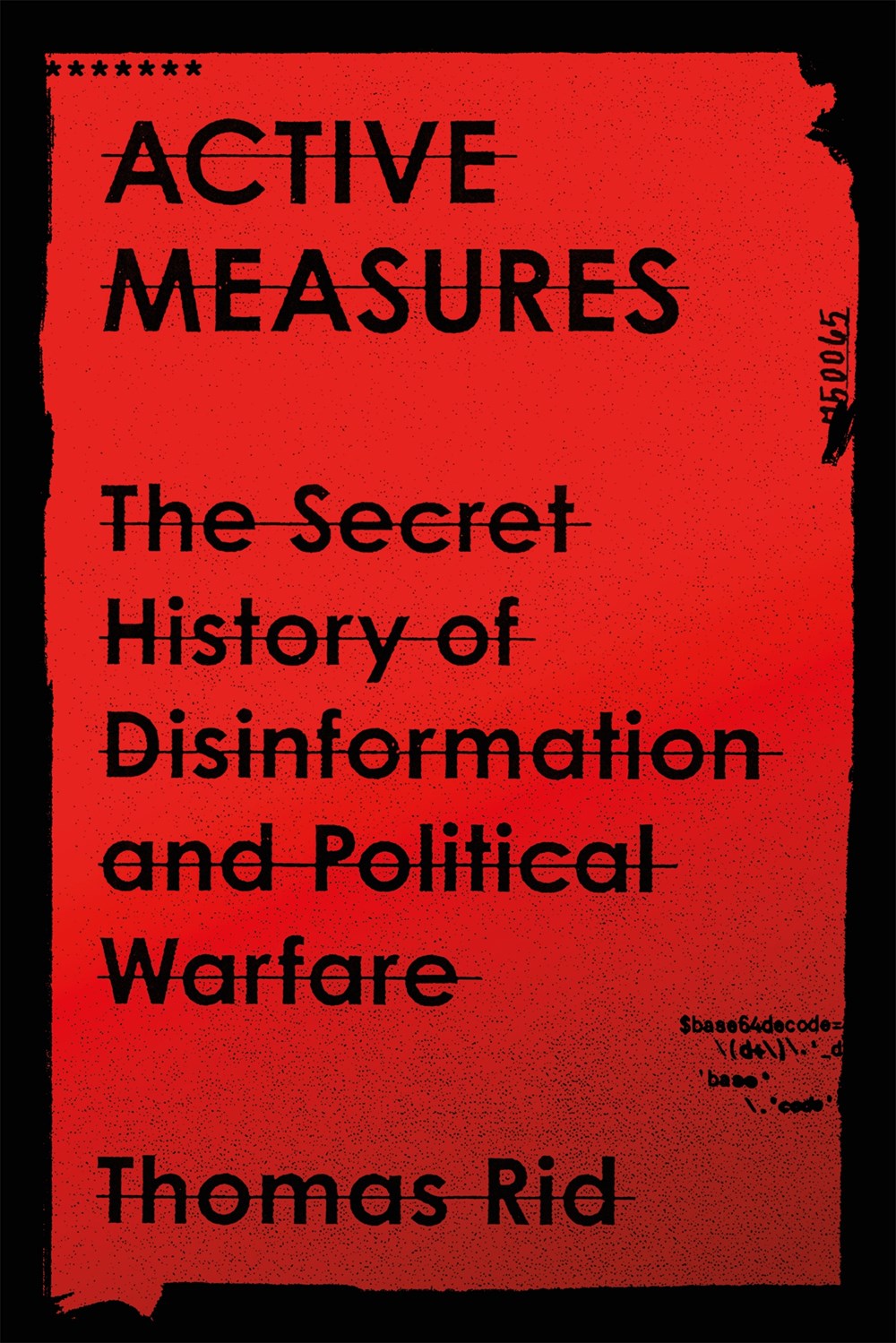 The Secret History of Disinformation and Political Warfare

We live in the age of disinformation―of organized deception. Spy agencies pour vast resources into hacking, leaking, and forging data, often with the goal of weakening the very foundation of liberal democracy: trust in facts. Thomas Rid, a renowned expert on technology and national security, was one of the first to sound the alarm. More than four months before the 2016 election, he warned that Russian military intelligence was “carefully planning and timing a high-stakes political campaign” to disrupt the democratic process. But as crafty as such so-called active measures have become, they are not new.

The story of modern disinformation begins with the post-Russian Revolution clash between communism and capitalism, which would come to define the Cold War. In Active Measures, Rid reveals startling intelligence and security secrets from materials written in more than ten languages across several nations, and from interviews with current and former operatives. He exposes the disturbing yet colorful history of professional, organized lying, revealing for the first time some of the century’s most significant operations―many of them nearly beyond belief. A White Russian ploy backfires and brings down a New York police commissioner; a KGB-engineered, anti-Semitic hate campaign creeps back across the Iron Curtain; the CIA backs a fake publishing empire, run by a former Wehrmacht U-boat commander, that produces Germany’s best jazz magazine. Rid tracks the rise of leaking, and shows how spies began to exploit emerging internet culture many years before WikiLeaks. Finally, he sheds new light on the 2016 election, especially the role of the infamous “troll farm” in St. Petersburg as well as a much more harmful attack that unfolded in the shadows.

Active Measures takes the reader on a guided tour deep into a vast hall of mirrors old and new, pointing to a future of engineered polarization, more active and less measured―but also offering the tools to cut through the deception.

Prev: Acquainted with the Cold
Next: Active Measures