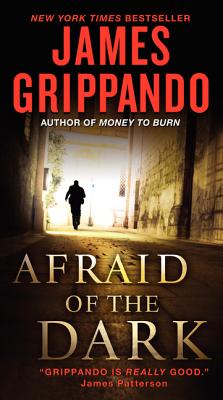 Afraid of the Dark

Police sergeant Vince Paulo held his best friend’s dying daughter in his arms as, with her final breath, she uttered the name of her murderer: her ex-boyfriend, Jamal. Minutes later, the house exploded, shrouding Paulo in darkness forever.

Miami criminal defense lawyer Jack Swyteck is shocked to discover that the client he’s been assigned to defend, a young man facing the death penalty for terrorist activities, is already wanted for the murder of his girlfriend and the permanent blinding of a police officer. Jamal’s alibi, that he was being held and tortured by government agents at the time of the girl’s death, seems far-fetched. But a subsequent rash of slayings suggests there may be some veracity to the young man’s story. That bitter truth is launching Jack into a deadly international hunt for a faceless killer known only as “the Dark,” and plunging him deep into the terrifying heart of purest evil.

Prev: Afgantsy
Next: Africa Is My Home