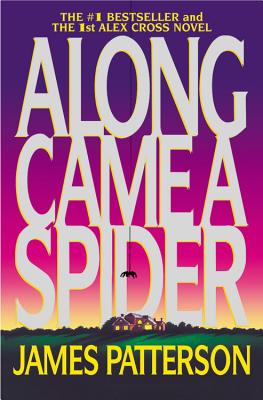 Along Came a Spider

The classic thriller that launched the Alex Cross series, the #1 detective series of the past twenty-five years!

A missing little girl named Maggie Rose . . . a family of three brutally murdered in the projects of Washington, D.C. . . . the thrill-killing of a beautiful elementary school teacher . . . a psychopathic serial kidnapper/murderer who is so terrifying that the FBI, the Secret Service, and the police cannot outsmart him - even after he’s been captured.

Gary Soneji wants to commit the crime of the century. Alex Cross is the brilliant homicide detective pitted against him. Jezzie Flanagan is the first female supervisor of the Secret Service who completes one of the most unusual suspense triangles in any thriller you have ever read.

Alex Cross and Jezzie Flanagan are about to have a forbidden love affair—at the worst possible time for both of them. Because Gary Soneji is playing at the top of his game. The latest of the unspeakable crimes happens in Alex Cross’s precinct. It happens under the noses of Jezzie Flanagan’s men. Now Alex Cross must face the ultimate test: How do you outmaneuver a brilliant psychopath?