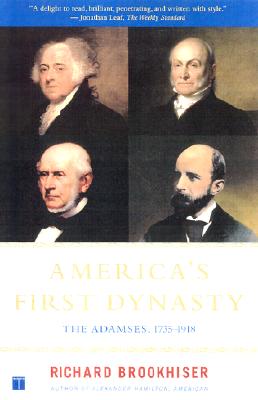 They were America’s longest lasting dynasty, the closest thing to a royal family our nation has ever known. The Adamses played a leading role in America’s affairs for nearly two centuries—from John, the self-taught lawyer who rose to the highest office in the government he helped to create

Prev: America Walks into a Bar
Next: America's Great Game