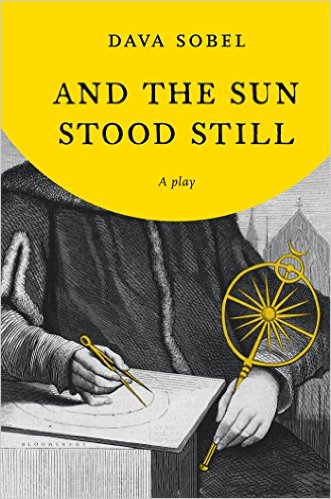 Dava Sobel illuminates one of history's most significant and far-reaching meetings.

And the Sun Stood Still

Using her deep knowledge, her skills as a storyteller, and her imagination, Dava Sobel illuminates one of history’s most significant and far-reaching meetings. In the spring of 1539, a young German mathematician—Georg Joachim Rheticus—journeyed hundreds of miles to northern Poland to meet the legendary, elderly cleric and reluctant astronomer Nicolaus Copernicus. Some two decades earlier, Copernicus had floated the mind-boggling theory that the Sun, not the Earth, was stationary at the center of the universe, and he was rumored to have crafted a book that could prove it. Though exactly what happened between them can never be known, Rheticus shepherded Copernicus’s great work into production and De revolutionibus orbium coelestium ultimately changed the course of human understanding.

Dava Sobel imagines their dramatic encounter, and with wit and erudition gives them personality. Through clever and dramatic dialogue, she brings alive the months Rheticus and Copernicus spent together—the one a heretical Lutheran, the other a free-thinking Catholic—and in the process illuminates the historic tension between science and religion. An introduction by Dava Sobel will set the stage, putting the scenes in historical context, and an afterword will describe what happened after Copernicus’s book was published detailing the impact it had on science and on civilization.

Prev: And Sometimes Why
Next: Anesthesia