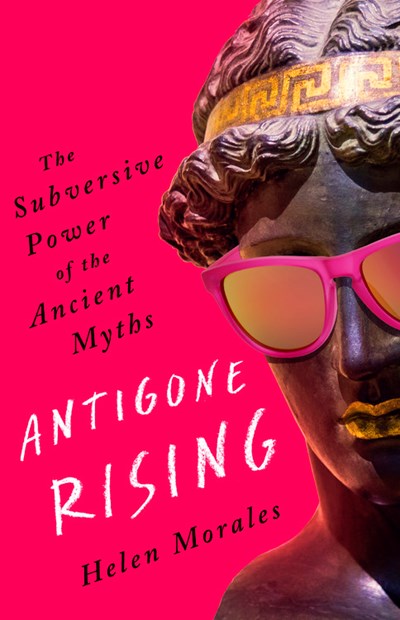 The Subversive Power of the Ancient Myths

A reckoning with the misogyny that the myths and stories of antiquity have bequeathed to us, and a celebration of subversive, feminist efforts to combat it.

The idealized picture of classical antiquity most of us learned in school conveniently glosses over the most brutal parts of the history—and omits surprising stories of feminist resistance. For each story of misogynist violence, there’s another that tells of solidarity and empowerment. And it’s time we reclaimed them.

Through short, pointed chapters, acclaimed classicist Helen Morales grapples with this legacy and charts a path forward. In a chapter called “#MeToo, or as Daphne Might Say, #EgoQuoque,” Morales reminds us of the myth of Procne and Philomela, two sisters who refused to be silenced by assault and worked together to take down a powerful man. In a chapter called “Beyonce, Goddess,” Morales shows how Beyonce deliberately challenges the images of “traditional,” and traditionally white, goddesses to bring images from African mythology into the canon.

By turns witty and inspiring, Antigone Rising offers a much-needed, fascinating new lens on the stories we take for granted.