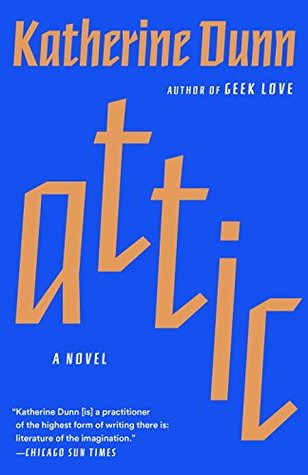 Here is the slim, stunning debut novel from the acclaimed author of Geek Love. Attic follows a young woman named Kay who has joined a cult-like organization that sells magazine subscriptions in small towns. When Kay tries to cash a customer’s bad check, she lands in jail, and Dunn’s visceral prose gives us a vivid, stream-of-consciousness depiction of the space in which she’s held. As Kay comes to know the other inmates, alliances and rivalries are formed, memories are recounted, and lives are changed. Based on Katherine Dunn’s own formative coming-of-age experiences, Attic was critically lauded when it was first published in 1970. Now, it stands as an extraordinary, indelible work from one of our most celebrated writers.