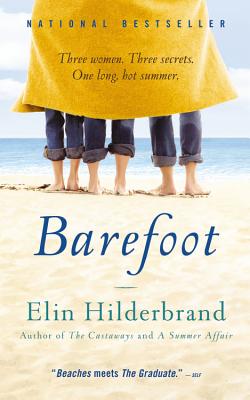 Three women arrive at the local airport, observed by Josh, a Nantucket native home from college for the summer. Burdened with small children, unwieldy straw hats, and some obvious emotional issues, the women—two sisters and one friend—make their way to the sisters’ tiny cottage, inherited from an aunt. They’re all trying to escape from something: Melanie, after seven failed in-vitro attempts, learned her husband was having an affair, and then discovered she’s pregnant; Brenda embarked on a passionate affair with an older student that got her fired from her prestigious job as a professor in New York; and her sister Vicki, mother to two small boys, has been diagnosed with lung cancer. Soon Josh is part of the chaotic household, acting as babysitter, confidant, and, eventually, lover.

Prev: Band of Angels
Next: Battling the Gods