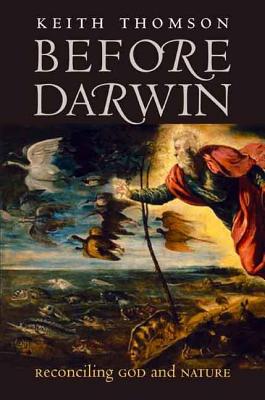 For 200 years before the publication of Darwin’s On the Origin of Species, findings in the sciences of the earth and of nature threatened religious belief based on the literal truth of the Bible. This book traces out the multiple conflicts and accommodations within religion and the new sciences through the writings of such heroes of the English Enlightenment as David Hume, Robert Hooke, John Ray, Erasmus Darwin (Charles’ grandfather), Thomas Burnet, and William Whiston.

Keith Thomson brings us back to a time when many powerful clerics were also noted scientific scholars and leading scientists were often believers. He celebrates the force and elegance of their prose along with the inventiveness of their arguments, their certitude, and their not infrequent humility and caution. Placing Charles Darwin’s work in the context of earlier writers on evolutionary theory, Thomson finds surprising and direct connections between the anti-evolutionary writings of natural theologians like William Paley and the arguments that Darwin employed to turn anti-evolutionist ideas upside-down. This is an illuminating chronicle of an important period in the history of ideas and one that casts interesting light on the anti-evolution/creationist controversies of our own time.

Prev: Beethoven
Next: Before I Burn