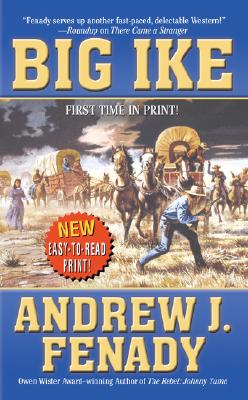 ​The odds were always against Big Ike. When he risked everything to start a new life in the gold fields of California. When he joined the Union Army and was wounded leading a charge at Shiloh. And more than ever, the odds are against him now, as he leads a wagon train through hostile Apache territory to establish a freight line in Arizona. Big Ike will finally face the greatest odds of his life. He has a gentle nun on one side of him, a reformed prostitute on the other-and a notorious gunman on his trail, a hired gun who has killed many men before…and who is now paid to kill Big Ike.