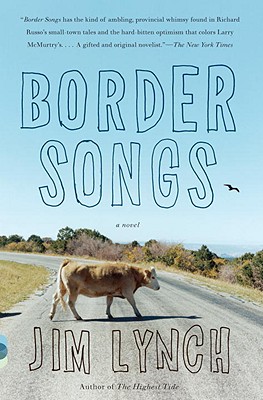 Set in the previously sleepy hinterlands straddling Washington state and British Columbia, Border Songs is the story of Brandon Vanderkool, six foot eight, frequently tongue-tied, severely dyslexic, and romantically inept. Passionate about bird-watching, Brandon has a hard time mustering enthusiasm for his new job as a Border Patrol agent guarding thirty miles of largely invisible boundary. But to everyone’s surprise, he excels at catching illegals, and as drug runners, politicians, surveillance cameras, and a potential sweetheart flock to this scrap of land, Brandon is suddenly at the center of something much bigger than himself. A magnificent novel of birding, smuggling, farming and extraordinary love, Border Songs welcomes us to a changing community populated with some of the most memorable characters in recent fiction.

Prev: Border Run
Next: Born to Be Wilde