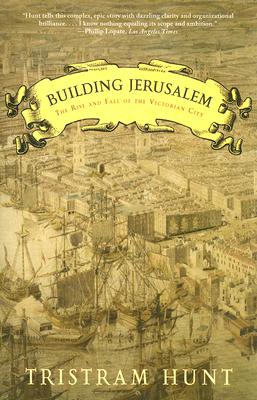 Ever since Charles Dickens first described Coketown in Hard Times, the nineteenth-century city has connoted deprivation, pollution, and criminality. Yet, as historian Tristram Hunt argues in this powerful new history, the Coketowns born of the Industrial Revolution were canvasas for ambitious urban innovators who would influence the shape of cities for generations.

Drawing on diaries, newspapers, and classic works of fiction, Hunt shows how the Victorians translated their energy and imagination into an astonishingly grand architecture, tranforming even the factories of Manchester and Birmingham into sites of freedom and art. Surveying the great civic creations, from town halls to city squares, sidewalks, and even sewers, Hunt reveals a story of middle-class power and the liberating mission of city life. The Victorians vowed to emulate the city-states of Renaissance Italy, and succeeded—until wealthy metropolises degenerated into dangerous inner cities in the twentieth century.