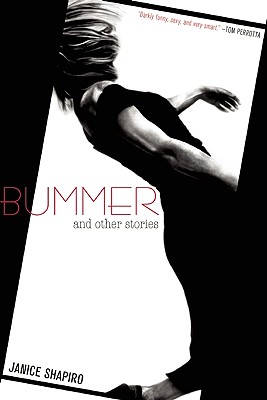 The women featured in these stories have one thing in common: They’re having a terrible day.

There’s the housewife so entranced by the pristine order of her neighbors’ belongings that she can’t stop herself from breaking into their home. There’s the mother easing her young son through the trauma of a murder, suddenly confronted with the reappearance of his father. There’s the vulnerable middle-aged woman stuck in a coffee-chain job alongside snotty college kids, the talent manager supervising a corral of misguided young stars, and the spiky-haired artist who literally dumps her slacker fiancé—from a moving car—and moves angrily through Vegas, hitting the bars and casinos before engaging in an ill-advised fling with a sleazy player named Ramon.

Janice Shapiro has created a cast of utterly distinct outsiders, yet her earthy warmth and asymmetrical humor so suffuse the stories that they surge with a collective voice, and the reader’s experience is that of getting to know a group of close-knit but independent friends. Shapiro’s gift for pitch-perfect dialogue—along with her instinctual ease in writing about such fraught topics as commercial sex, death, and the everyday tragedies of growing older—makes her voice one to be relished: tough-minded, sardonic, intimate, and free.