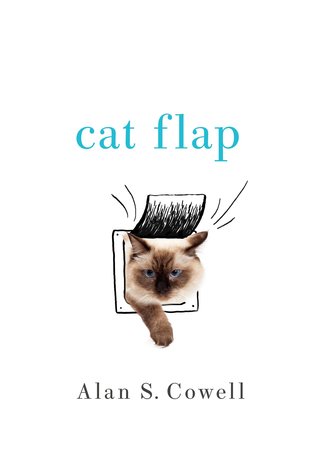 “When she awoke as a cat, Dolores Tremayne saw no immediate advantage in having four paws instead of two arms and two legs…” A brilliant, funny novel of love, marriage and modern life.

When the cat’s away, the mice will play – but who will oversee the cat?

When Dolores Tremayne, a successful business executive, travels overseas, part of her remains mysteriously behind in X, the family’s indoor cat. Through feline eyes, Dolores witnesses the shocking behavior of her errant husband, the stalled novelist Gerald Tremayne. Far away in Germany, the human Dolores is conducting high-powered negotiations with a prestigious auto-maker, but back at home, her husband’s liaisons force him into ever more drastic exploits. Meanwhile, Dolores begins to wonder about the strange words and images that have begun to pop into her head, as if from nowhere.

Funny and memorable, Alan S. Cowell’s Cat Flap will appeal to all fans of clever satire.

Prev: Casualties
Next: Cat Out of Hell