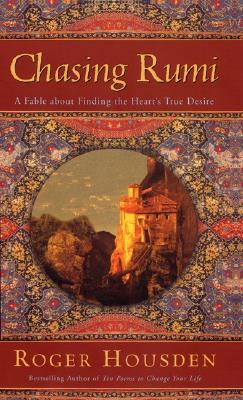 This enchanting story, set in the late 1950s, takes us from the hills and piazzas of Florence to the green domed mosques of Konya, Turkey. Upon discovering a poem by the thirteenth-century Sufi dervish Rumi, Georgiou, a young Greek icon painter, is compelled to travel to the land that this poet called home. Inspired by Rumi’s magical words, Georgiou leaves his father and their small business in hopes of recapturing the transcendent power of an early childhood vision. Through encounters with Christian and Islamic mystics, and guided by forces he cannot name, Georgiou gradually learns to follow his own heart. The closer he gets to Konya and to Rumi’s tomb, the more in awe he becomes at the workings of fate. But it is only when Georgiou returns to Florence that his life changes forever in an experience that reveals the mystery of life and love. In the tradition of The Alchemist and Siddartha, Chasing Rumi is a spellbinding and enduring story for all.

Prev: Chasing My Cure
Next: Chasing the Gator