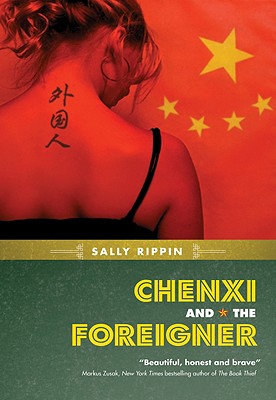 Chenxi and the Foreigner

Love in the time of the Tiananmen Square.

Anna never imagined living in such a foreign place. Fresh out of high school, she has joined her father, who works in Shanghai. She’s eager to see China beyond the bicycle-crowded streets between their apartment, her father’s expatriate community and the art school she’s attending. That’s why she’s thrilled when her father hires a cute local—a fellow student named Chenxi—to be her translator and guide.

Too bad Anna seems nothing but trouble for Chenxi. His ideas about art already rankle the authorities, and he could do without the added attention of being with a wai guo ren—a foreigner. Even so, he is intrigued by Anna’s brashness and the freedoms she takes for granted. But when Anna turns their friendship toward passion, her actions have consequences that are intensified by a watchful regime looking to get rid of disruptive artists.

Set around the time of the 1989 Tiananmen Square massacre and inspired by the author’s time spent in China as a teenager, Chenxi and the Foreigner crackles with emotion, ideas and authenticity.