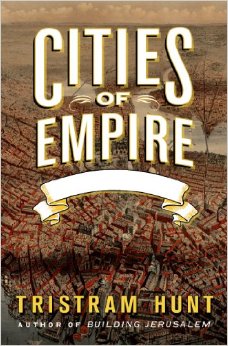 An original history of the most enduring colonial creation, the city, explored through ten portraits of powerful urban centers the British Empire left in its wake

At its peak, the British Empire was an urban civilization of epic proportions, leaving behind a network of cities which now stand as the economic and cultural powerhouses of the twenty-first century. In a series of ten vibrant urban biographies that stretch from the shores of Puritan Boston to Dublin, Hong Kong, New Delhi, Liverpool, and beyond, acclaimed historian Tristram Hunt demonstrates that urbanism is in fact the most lasting of Britain’s imperial legacies.

Combining historical scholarship, cultural criticism, and personal reportage, Hunt offers a new history of empire, excavated from architecture and infrastructure, from housing and hospitals, sewers and statues, prisons and palaces. Avoiding the binary verdict of empire as “good” or “bad,” he traces the collaboration of cultures and traditions that produced these influential urban centers, the work of an army of administrators, officers, entrepreneurs, slaves, and renegades. In these ten cities, Hunt shows, we also see the changing faces of British colonial settlement: a haven for religious dissenters, a lucrative slave-trading post, a center of global hegemony.

Lively, authoritative, and eye-opening, Cities of Empire makes a crucial new contribution to the history of colonialism.