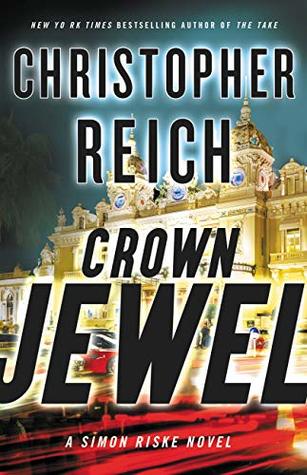 Stolen sports cars, brilliant casino heists, and the brazen kidnapping of a prince: only the shadowy spy-for-hire Simon Riske can stop the mastermind behind it all.

Monte Carlo’s lavish casinos have become the target of a sophisticated and brutal team of professional gamblers; a casino dealer has been beaten to death; a German heiress’s son has been kidnapped. Who better to connect the crimes and foil a daringly brilliant plot than Simon Riske, freelance industrial spy? Riske—part Bond, part Reacher—knows Monte Carlo well: it’s where he was once a thrill-seeking thief himself, robbing armored trucks and leading police on dangerous car chases across the Côte

d’Azur, until he was double-crossed, served his time, and graduated as an investment genius from the Sorbonne.

Now Riske is a man who solves problems, the bigger and “riskier” the better. From the baccarat tables of Europe’s finest casinos to the superyachts moored in Monaco’s Port Hercule to a secluded chalet deep in the Swiss Alps, Riske will do what he does best: get in over his head, throw himself into danger, and find a way to outthink and outmaneuver villains of every stripe.

In one of the most clever, enjoyable, and entertaining new series to come along in years, this sequel to The Take gives readers what they want most: a hero we can root for, locales we wish we were in, and a plot that never lets up.