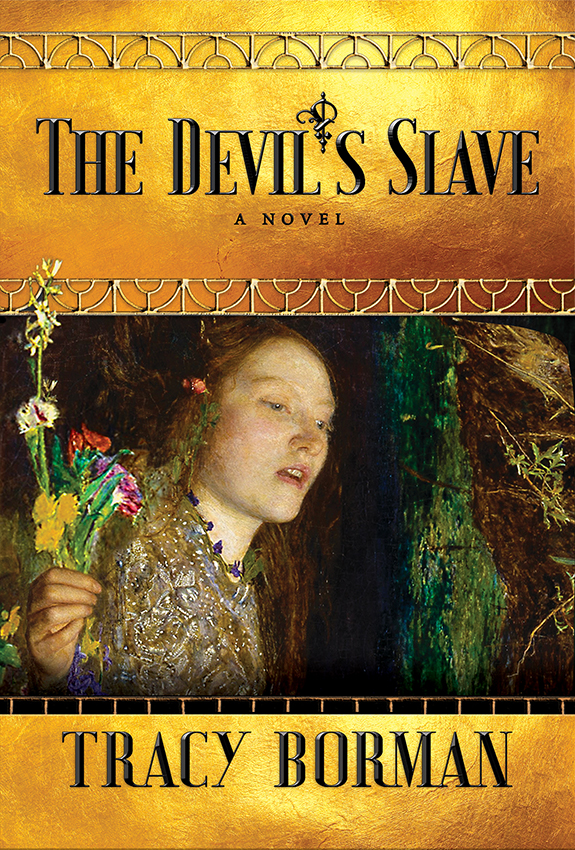 At the end of The King’s Witch, the first book in Tracy Borman’s Stuart-era trilogy, Frances Gorges was pregnant with the child of her dead lover, Thomas Wintour, executed for his role as a conspirator in the Gunpowder Plot of 1605. Now, in The Devil’s Slave, Frances is compelled to return to the dissolute and dangerous court where she has been suspected of witchcraft.

Catholics have gone underground in the new Puritan regime of King James I, and yet whispers of conspiracies continue to echo behind closed doors and down the halls of the royal palaces. Against this perilous backdrop, accompanied by her son George and her husband Sir Thomas Tyringham—whom she married conveniently to mask the true identity of her son’s father—Frances reunites with her former mistress, the Princess Elizabeth, now of marriageable age, as well as other less friendly members of the court: Prince Henry, heir to the crown who emulates his father’s brutality without scruple; Lord Cecil, eager to persecute Frances as a witch even as his own health rapidly declines; and King James himself, ever more paranoid and cruel towards alleged heretics and traitors. Yet a surprising ally emerges in the person of Sir Walter Raleigh, himself a prisoner in the Tower of London. With more lives than merely her own on the line, Frances soon finds herself caught in a spider’s web of secrets, promises, and plots.

Tracy Borman brings to life vivid characters from history, recreating the ever-treacherous court of the first Stuart king, and a historical period that has fascinated readers for centuries.

Prev: Devil in the Kitchen
Next: Devoted