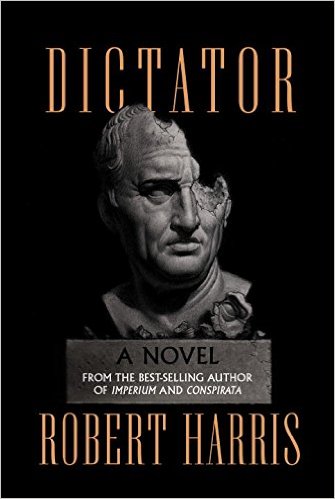 At the age of forty-eight, Cicero—the greatest orator of his time—is in exile, separated from his wife and children, tormented by his sense of failure, his great power sacrificed on the altar of his principles. And yet, in the words of one of his most famous aphorisms, “While there is life, there is hope.”

By promising to support Caesar—his political enemy—he is granted return to Rome. There, he fights his way back to prominence: first in the law courts, then in the Senate, and finally by the power of his pen, until at last, for one brief and glorious period, he is again the preeminent statesman in the city. Even so, no public figure, however brilliant and cunning, is completely safeguarded against the unscrupulous ambition and corruption of others.

Riveting and tumultuous, Dictator encompasses some of the most epic events in ancient history—the collapse of the Roman Republic and the subsequent civil war, the murder of Pompey, the assassination of Julius Caesar. But the central problem it presents is a timeless one: how to keep political freedom unsullied by personal ambition, vested interests, and the erosive effects of ceaseless, senseless foreign wars. In Robert Harris’s indelible portrait, Cicero attempts to answer this question with both his thoughts and his deeds, becoming a hero—brilliant, flawed, frequently fearful yet ultimately brave—both for his own time and for ours.

Prev: Diary of a Pint-Sized Farmer
Next: Did I Say That Out Loud?