“One of the most impressive first novels I've ever encountered... beautiful... harrowing... Dream City does exactly what the best novels are supposed to do, change the reader in a way he or she never expected.” 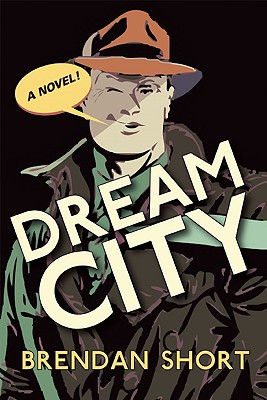 Set in Depression-era Chicago, Dream City is an exhilarating debut novel about a young boy’s obsession with comic book heroes and his lifelong attempt to both recapture and escape his childhood.

Six-year-old Michael Halligan longs to be a hero. Submerging himself in the world of Big Little Books, he imagines himself as “Mike Steele,” righter of wrongs and friend to Dick Tracy, Buck Rogers, and the Lone Ranger. But reality pops him on the jaw when his mother dies unexpectedly in the winter of 1934. Michael is left in the custody of his gangster father, Paddy, and he tragically loses his faith in the power of good over evil.

So begins Michael’s obsessive quest through the city and suburbs of Chicago to recover the purity and comfort that defined his boyhood. As he attempts to track down a copy of every Big Little Book in existence, Michael, perhaps unintentionally, also starts to seek out unconditional love, security, and stability in an arbitrary and unkind world.

A dazzling tale featuring a colorful cast of heroes, villains, and damsels in distress—both real and make-believe—Dream City poses the most dangerous of questions: What happens when we finally discover what we’ve spent our entire lives searching for?