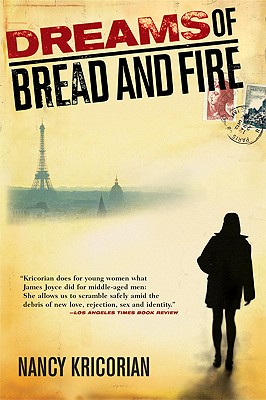 Dreams of Bread and Fire

Ani Silver is a young American woman whose half-Jewish, half-Armenian heritage seems a mere footnote to her own identity. But when the dark shadows of history insinuate themselves into her otherwise peaceful life, she is propelled into a profound and passionate series of journeys-a quest for a long-dead father, a search for the clues of a nearly forgotten genocide, and a love threatened by a quietly gathering storm of murder and retribution. After college, Ani leaves for a year in Paris, taking along her boyfriend’s pledge of fidelity and the promise of their future together. When she receives a letter from him ending their relationship, she falls into a series of romantic misadventures. It is not long before Ani reconnects with a childhood friend, an elusive and intriguing character whose preoccupation with the Armenian heritage they share provides Ani with a new connection to her identity-even as she begins to suspect that he has a secret, and dangerous, identity himself. Both funny and heartbreaking, clear through to its bold and exquisite conclusion, Dreams of Bread and Fire is an irresistible novel of passion, ideals, and the temptations,and dangers,of trying to outrun our origins.