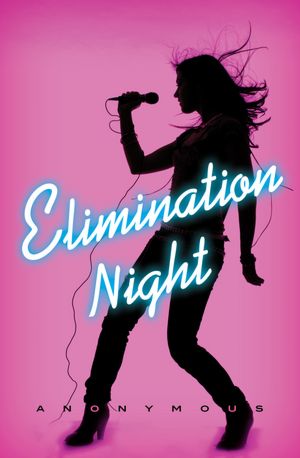 For readers of The Devil Wears Prada and fans of TV shows like American Idol and America’s Got Talent comes Elimination Night, an uproariously funny look at the backstabbing, ego clashes, and 24–7 snafus that transpire behind the scenes of one of the country’s smash talent programs.

Sasha King dreams of being a serious novelist and living the good life with her AWOL hunk of a boyfriend, Brock. But her day job as an assistant producer of Project Icon, the once-mighty ratings juggernaut that’s recently taken a hit in the Nielsen’s ratings, keeps her working nonstop. She’s got her hands full with the show’s two new celebrity judges, entrepreneur-actress-singer Bibi Vasquez (“Crew to be forbidden to make eye contact with Artist AT ALL TIMES,” reads her contract) and rock legend Joey Lovecraft, a priapic wild man who doesn’t even own a TV (it goes against the teachings of his guru, Tibetan high lama Yutog Gonpo).

As the competition among the hopeful, young would-be stars—including the foul-mouthed Mia Pelosi and the chaps-wearing Jimmy Nuggett—heats up, Sasha finds herself constantly putting out fires. A date with a mysterious stranger makes her rethink her devotion to Brock. And then an unexpected revelation rocks her world.

A frighteningly smooth host (Wayne Shoreline), muckraking gossip columnists, and powerful people named Nigel round out the pure madcap reading pleasure of Elimination Night, a book so hilariously accurate about the inner workings of the talent show machine that it had to be written anonymously.