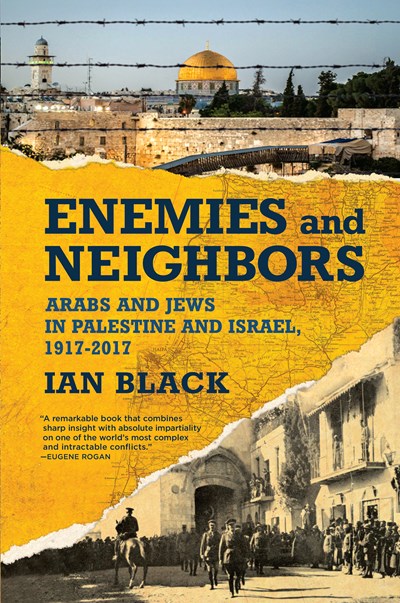 From a long-time Guardian correspondent and editor, an expansive, authoritative, and balanced account of over a century of violent confrontation, war, and occupation in Palestine and Israel, published on the 100th anniversary of the Balfour Declaration and 50th anniversary of the Six-Day War

In Enemies and Neighbors, Ian Black, who has spent four decades studying and covering the Middle East, offers a major new history of the Arab-Zionist conflict, told from both sides.

Setting the scene at the end of the 19th century, when the first Zionist settlers arrived in the Ottoman-ruled Holy Land, Black draws on a wide range of sources—from declassified documents to oral testimonies to his own vivid-on-the-ground reporting—to illuminate the most polarizing conflict of modern times. Taking the 1917 Balfour Declaration, the British government’s fateful promise to favor the establishment of “a national home for the Jewish people” in Palestine, as its first major milestone, the story proceeds through the Arab Rebellion of the late 1930s, the Nazi Holocaust, Israel’s independence and the Palestinian Nakba (catastrophe), the watershed of 1967 followed by the Palestinian re-awakening, Israel’s settlement project, two Intifadas, the Oslo Accords, and continued negotiations and violence up to today. Combining engaging narrative with political analysis and social and cultural insights, Enemies and Neighbors is both an accessible overview and a fascinating investigation into the deeper truths of a furiously contested history that has preserved Palestinians and Israelis as unequal enemies and neighbors.

Prev: Endangered
Next: Engines of War