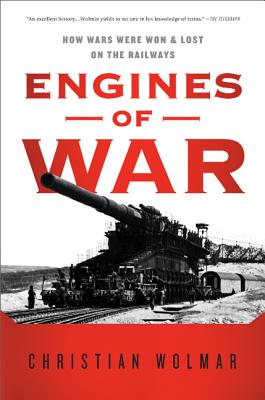 The birth of the railway in the early 1830’s revolutionized the way the world waged war. From armored engines with swiveling guns, to the practice of track sabotage, to the construction of tracks that crossed frozen Siberian lakes, the “iron road” facilitated conflict on a scale that was previously unimaginable. It not only made armies more mobile, but widened fighting fronts and increased the power and scale of available weaponry; a deadly combination. In Engines of War, Christian Wolmar examines all the engagements in which the railway played a part: the Crimean War; the American Civil War; both world wars; the Korean War; and the Cold War, with its mysterious missile trains; and illustrates how the railway became a deadly weapon exploited by governments across the world.

Prev: Enemies and Neighbors
Next: English Is Not Easy