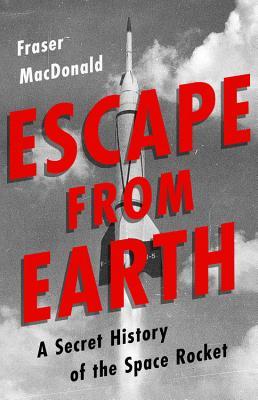 The long-buried truth about the dawn of the Space Age: lies, spies, socialism, and sex magick.

Los Angeles, 1930s: Everyone knows that rockets are just toys, the stuff of cranks and pulp magazines. Nevertheless, an earnest engineering student named Frank Malina sets out to prove the doubters wrong. With the help of his friend Jack Parsons, a grandiose and occult-obsessed explosives enthusiast, Malina embarks on a journey that takes him from junk yards and desert lots to the heights of the military-industrial complex.

Malina designs the first American rocket to reach space and establishes the Jet Propulsion Laboratory. But trouble soon finds him: the FBI suspects Malina of being a communist. And when some classified documents go missing, will his comrades prove as dependable as his engineering?

Drawing on an astonishing array of untapped sources, including FBI documents and private archives, Escape From Earth tells the inspiring true story of Malina’s achievements—and the political fear that’s kept them hidden. At its heart, this is an Icarus tale: a real life fable about the miracle of human ingenuity and the frailty of dreams.