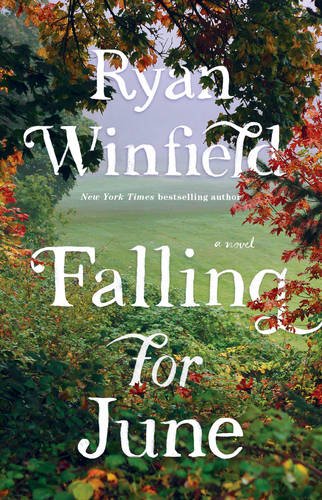 After a chance meeting on a building ledge in Seattle, David and June begin a romance that will take them from the lush valleys of Washington’s mountains all the way to El Camino de Santiago, across Spain, and then back again.

David Hadley is 51 years old, lonely, overweight, depressed, and contemplating suicide. Every day after work, David, a reluctant accountant,climbs the 69 flights of stairs in his office building, the tallest in Seattle. And each day when he reaches the top step, he places his hand on the handle of the always locked roof access door and makes himself a promise that if the door ever opens he’ll walk to the edge and jump. His routine quickly becomes mindless habit, until the day he finds the door unlocked. Standing 900 feet above the concrete sidewalk, David is startled by a woman who appears next to him on the ledge. “What if you change your mind half way down?” she asks. It’s a question for which David has no good answer. After a brief and mysterious interaction, the woman leaps from the building herself, leaving David on the ledge to watch as her parachute opens and she disappears into the fog below. Captivated by their conversation, David develops an obsession to learn the identity of the Barefoot BASE Jumper. It’s almost a full year later, after David has all but given up on his search for the woman who saved his life, when he sees her picture in an advertisement for an animal rescue called Echo Glen. What follows is a humorous and touching love story that develops slowly between David and June-a romance that will take them from the lush valleys of Washington’s mountains all the way to El Camino de Santiago, across Spain, and then back again. Along the way, June must come to grips with a diagnosis that will change everything that she loves about her life, and David must learn that in order to truly live you must sometimes let go of fear and let yourself fall in love.