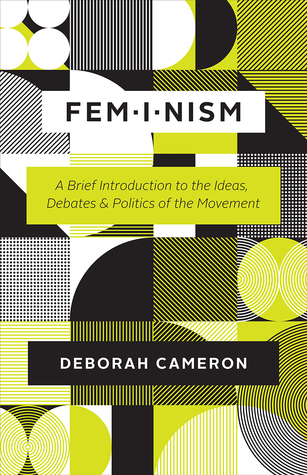 Beneath the nonstop cacophony of voices across social media, online forums, and news outlets lie the stubborn facts at the heart of the everyday struggles of women today: more than a third of single moms live in poverty; the United States sees more maternal deaths than anywhere else in the developed world; one in five women will be raped in her lifetime; and women still make eighty cents for every dollar earned by a man. Between these brutal statistics and the ill-informed, often contentious public debate stand millions of women who feel alienated, disaffected, or just plain worn out.


In the era of #MeToo, Trump, and online harassment, innovative progressive feminist voices are more essential than ever. With her latest book, Deborah Cameron considers feminism from all sides—as an idea, as a theoretical approach, and as a political movement. Written in the succinct, sharp style that has made Cameron’s feminist linguistics blog so popular, this short book lays out past and present debates on seven key topics: domination, rights, work, femininity, sex, culture, and the future. Feminism emphasizes the diversity of feminist thought, including queer, women-of-color, and trans perspectives. Cameron’s clear and incisive account untangles the often confusing strands of one of history’s most important intellectual and political movements.

Broad in scope but refreshingly concise, this book is perfect for anyone who needs a straightforward primer on the complex history of feminism, a nuanced explanation of key issues and debates, or strategic thinking about the questions facing activists today.

Prev: Female of the Species
Next: Fetching Dylan