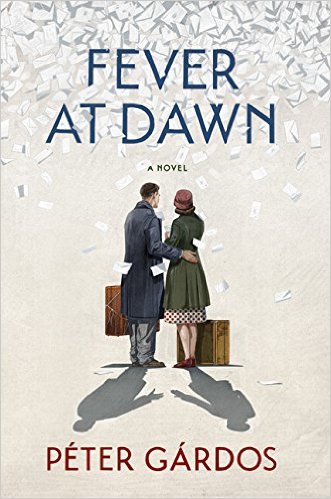 In this improbably joyous novel about two recovering concentration camp survivors, love is the best medicine.

July 1945. Miklos is a twenty-five-year-old Hungarian who has survived the camps and has been brought to Sweden to convalesce. His doctor has just given him a death sentence — his lungs are filled with fluid and in six months he will be gone. But Miklos has other plans. He didn’t survive the war only to drown from within, and so he wages war on his own fate. He acquires the names of the 117 Hungarian women also recovering in Sweden, and he writes a letter to each of them in his beautiful cursive hand. One of these women, he is sure, will become his wife.

In another part of the country, Lili reads his letter and decides to write back. For the next few months, the two engage in a funny, absurd, hopeful epistolary dance. Eventually, they find a way to meet.

Based on the true story of Péter Gárdos’s parents, and drawn from their letters, Fever at Dawn is a vibrant, ribald, and unforgettable tale, showing the death-defying power of the human will to live and to love.

Prev: Feuds
Next: Fever of the Bone