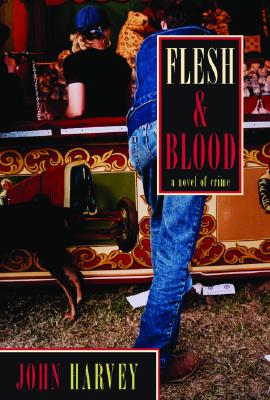 Retirement has not come easy for Detective Inspector Frank Elder. He’s fled to a solitary existence on the Cornish coast, but he can’t escape the past. Susan Blacklock would be thirty now. But fourteen years ago she disappeared, and the case has gone unsolved. Not that Elder hadn’t had his suspects. And now, with one of them out on parole, Elder is compelled to return to the seaside scene of the crime. Shortly thereafter, pretty Emma Harrison goes missing.

Just as Elder’s knowledge becomes crucial to the official investigation of this disquieting case, he unwittingly becomes vital to its perpetration. For with cryptic messages on seaside postcards and a few purposefully planted clues, the killer is drawing Elder inexorably into the very heart of the criminal matter. Elder’s teenage daughter is already there.

In the first in the Frank Elder series, before Ash & Bone and Darkness & Light, John Harvey sets in motion the events from which Elder’s family will never recover.

Prev: Flaws in the Ice
Next: Floating Boy and the Girl Who Couldn't Fly