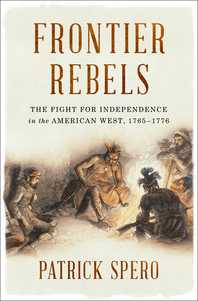 The untold story of the “Black Boys,” a rebellion on the American frontier in 1765 that sparked the American Revolution. In Frontier Rebels, historian Patrick Spero tells the story of the Black Boys, a band of rebels whose protests ignited the American Revolution. In 1765, as the Stamp Act riled eastern seaports, frontiersmen clashed with the British Empire over another issue: Indian relations. When British officials launched a risky diplomatic expedition into the American interior to open trade with the Indian warrior Pontiac, the Black Boys formed to stop it. Distrustful of Native neighbors and suspicious of imperial aims, the Black Boys led an uprising that threatened the future of Britain’s empire. Clashing with unscrupulous traders, daring diplomats, Native warriors, and imperious British officials, the Black Boys evolved into an organized political movement that resisted the Crown years before the Declaration of Independence. A fast-paced read examining an overlooked conflict, Frontier Rebels brings to life a forgotten cast of characters and sheds new light on the origins of American Independence.