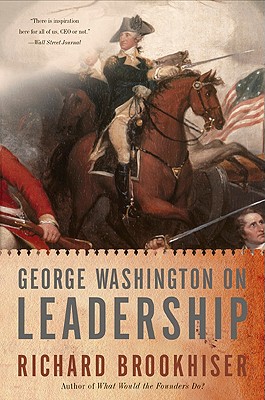 In 1799, at the end of George Washington’s long life and illustrious career, the politician Henry Lee eulogized him as: “First in war, first in peace, and first in the hearts of his countrymen.” Esteemed historian Richard Brookhiser now adds to this list, “First in leadership,” examining the lessons to be learned from our first president, first commander-in-chief, and founding CEO. With wit and skill, Brookhiser expertly anatomizes true leadership with lessons from Washington’s three spectacularly successful careers as an executive: general, president, and tycoon. In every area of endeavor, Washington maximized his strengths and overcame his flaws. Brookhiser shows how one man’s struggles and successes two centuries ago can serve as a model—and an inspiration—for leaders today.

Prev: Gentlemanly Repose
Next: George, Nicholas and Wilhelm: Three Royal Cousins and the Road to World War I