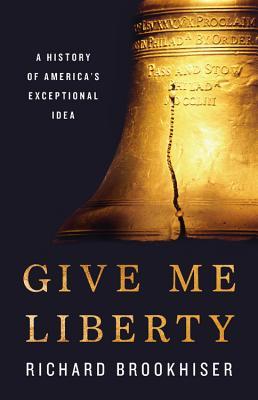 Nationalism is inevitable: It supplies feelings of belonging, identity, and recognition. It binds us to our neighbors and tells us who we are. But increasingly—from the United States to India, from Russia to Burma—nationalism is being invoked for unworthy ends: to disdain minorities or to support despots. As a result, nationalism has become to many a dirty word.

In Give Me Liberty, award-winning historian and biographer Richard Brookhiser offers up a truer and more inspiring story of American nationalism as it has evolved over four hundred years. He examines America’s history through twelve documents that made the United States a new country in a new world: a free country. We are what we are because of them; we stay true to what we are by staying true to them.

Americans have always sought liberty, asked for it, fought for it; every victory has been the fulfillment of old hopes and promises. This is our nationalism, and we should be proud of it.

Prev: Give and Take
Next: Giving Sorrow Words