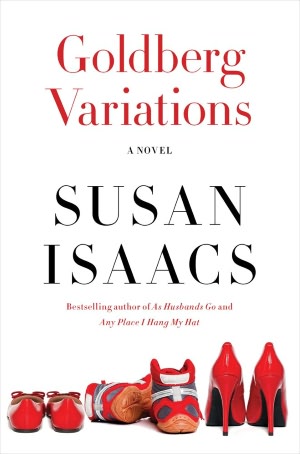 Elegant, amusing, and profoundly nasty tycoon Gloria Garrison, née Goldberg, has a kingdom to bequeath to one of the grandchildren she barely knows. They’re all twentysomethings who foolishly believe money isn’t everything. Just shy of eighty, Gloria doesn’t wish to watch the minutes tick by while the three dither over the issues of their generation—love, meaning, identity. She has summoned them all from New York for a weekend at her palatial home in Santa Fe. She has a single question to ask them: “Which one of you most deserves to inherit my business?” Gloria never anticipates the answer will be “not interested” times three. She created a brilliant, booming beauty business, Glory, Inc., that not only does well, but does good. And they say “no”? What’s so grand about their lives that they would reject such a kingdom?

Daisy Goldberg is not only mad for movies, she’s part of the film industry: East Coast story editor for one of the biggest studios. Her brother, Matt, the über–sports buff, has a great job in public relations with Major League Baseball. And their cousin Raquel Goldberg, half-Latina, all Catholic, is a Legal Aid lawyer. They may like their work, but do they really like their lives? Would they be so foolish as to hold against their grandmother the pain she inflicted on every member of the family? As far as Gloria is concerned, this isn’t about tender feelings. It’s about millions of dollars; it’s about living a life the ninety-nine percent dream of and the one percent know.

The weekend is full of surprises, not only for Daisy, Matt, and Raquel but also for Gloria. Memories have a way of intruding at the most inopportune times. And is Gloria’s tough hide as impenetrable as she has always believed? Susan Isaacs is at her formidable best in Goldberg Variations, a novel that is both wickedly witty and a deeply moving tale of family and reconciliation.