— Sunday Times (UK) on Hand Me Down World 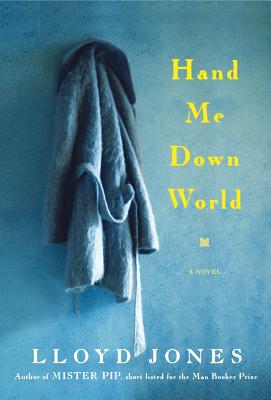 Hand Me Down World

This is the story of a young African mother’s journey to reclaim the infant son heartlessly stolen from her. Beginning in Tunisia, where she is employed as a hotel maid, the novel follows her as she makes an illegal, near-death crossing of the Mediterranean, then up the length of Italy, across the Alps, and on to Berlin, where her child has been given a new home. We learn the mother’s story through the people she meets along the way, human links in the perilous chain of her journey: a taxi driver, a hunter, a snail collector, a street performer, a blind man. Most are generous, some malevolent, but all write their own deeply personal needs on the nearly blank slate of a mother whose needs are greatest of all. Finally, the woman herself picks up the narration, retelling her story in her own words. And only then do we understand the extent of the sacrifices she has been willing to make for the love of her child.

After eight novels, and following on the heels of his award-winning, bestselling Mister Pip, Hand Me Down World confirms Lloyd Jones’s stature as one of the most provocative and important writers today. Dazzling in its literary effects, powerful in its emotions, this is a masterwork of contemporary fiction.