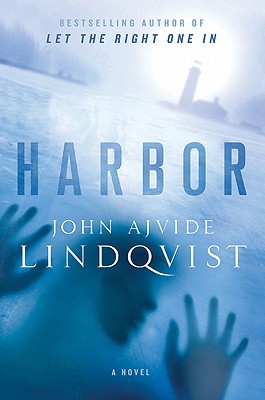 John Ajvide Lindqvist has taken the horror world by storm. His first novel, Let the Right One In, has been made into critically acclaimed films in both Sweden and in the U.S (as Let Me In). His second novel, Handling the Undead, is beloved by horror lovers everywhere. Now, with Harbor, a stunning and chilling masterpiece, Lindqvist firmly cements his place as the heir apparent to Stephen King.

One ordinary winter afternoon on a snowy island, Anders and Cecilia take their six-year-old daughter Maja across the ice to visit the lighthouse in the middle of the frozen channel. While they are exploring the lighthouse, Maja disappears – either into thin air or under thin ice—leaving not even a footprint in the snow.

Two years later, Anders, a broken man, moves back to his family’s abandoned home on the island. He soon realizes that Maja’s disappearance is only one of many strange occurrences, and that his fellow islanders, including his own grandmother, know a lot more than they’re telling. As he digs deeper, Anders begins to unearth a dark and deadly secret at the heart of this small, seemingly placid town.

As he did with Let the Right One In and Handling the Undead, John Ajvide Lindqvist serves up a blockbuster cocktail of high-tension suspense in a narrative that barely pauses for breath.

Prev: Happiness Is a Serious Problem
Next: Harry Anderson's Games You Can't Lose