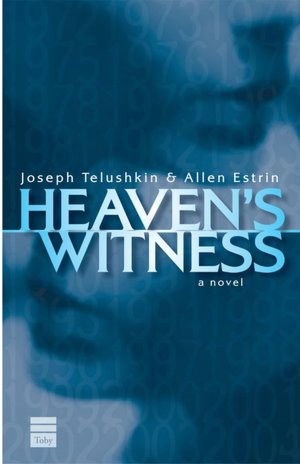 In a dilemma that would have stumped Freud, budding psychoanalyst Dr. Jordan Geller is forced to confront the question: Can the same person be murdered twice?

Once, Geller, a rationalist to his core, would have found the question absurd. But then Robin Norris, a beautiful actress desperate to overcome a problem with her singing voice, steps into his office, and his life. Geller hypnotizes her, and Robin quickly assumes the identity of Beverly Casper, a talented teenager who, thirty-two years earlier, had vanished into thin air, never to be seen or heard from again - until today, in Jordan Geller’s office. The details Robin reveals under hypnosis eerily parallel a current murder spree, currently taking place in the Los Angeles area.

Should Geller go to the police with vivid, unknown details of the crime? Or should he go to his mentor, the renowned Dr. Elinor Fisher, who has made no secret of her contempt for hypnosis and reincarnation?

Heaven’s Witness will not only keep you turning pages, it might well compel you to reconsider your most basic views about this world - and the next.