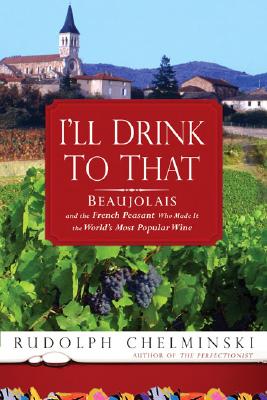 I’ll Drink to That: Beaujolais and the French Peasant Who Made It the World’s Most Popular Wine

Every third week of November, wine shops around the world announce “Le Beaujolais Nouveau est arrivé” and in a few short weeks, over seven million bottles are sold and drunk. Although often scorned by the wine world’s snob set, the annual delivery of each year’s new Beaujolais wine brings a welcome ray of sunshine to a morose November from New York to Tokyo. The surprising Cinderella tale behind the success of Beaujolais Nouveau captures not just the story of a wine but also the history of a fascinating region. At the heart of this fairy tale is the peasant wine grower named Georges Duboeuf, whose rise as the undisputed king of Beaujolais reads like a combination of suspenseful biography and luscious armchair travel.

I’ll Drink to That transports us to the unique corner of France where medieval history still echoes and where the smallholder peasants who made Beaujolais wines on their farms battled against the contempt of the entrenched Burgundy and Bordeaux establishment. With two bottles of wine in his bike’s saddlebag, young Duboeuf set out to revolutionize the stodgy wine business, becoming the richest and most famous individual wine dealer in France. But this is more than one man’s success story. As The Perfectionist used Bernard Loiseau to tell the layered history of French haute cuisine, here Chelminski uses Duboeuf’s story to paint the portrait of the often endearing, sometimes maddening but always interesting inhabitants of a little-known corner of France, offering at the same time a witty, panoramic view of the history of French winemaking.

Prev: I'd Rather Laugh
Next: I'll Have What She's Having