“Stewart shares his enthusiasm as well as his knowledge in this tour of ground-breaking equations and the research they supported…. An entertaining and illuminating collection of curious facts and histories suitable for random dipping-in or reading straight through.”

— Publishers Weekly on In Pursuit of the Unknown 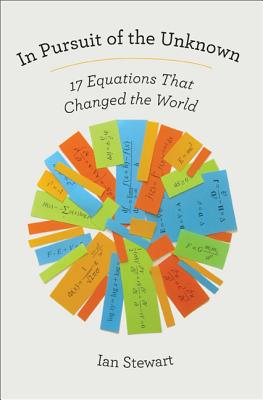 In Pursuit of the Unknown

n In Pursuit of the Unknown, celebrated mathematician Ian Stewart uses a handful of mathematical equations to explore the vitally important connections between math and human progress. We often overlook the historical link between mathematics and technological advances, says Stewart—but this connection is integral to any complete understanding of human history.

Equations are modeled on the patterns we find in the world around us, says Stewart, and it is through equations that we are able to make sense of, and in turn influence, our world. Stewart locates the origins of each equation he presents—from Pythagoras’s Theorem to Newton’s Law of Gravity to Einstein’s Theory of Relativity—within a particular historical moment, elucidating the development of mathematical and philosophical thought necessary for each equation’s discovery. None of these equations emerged in a vacuum, Stewart shows; each drew, in some way, on past equations and the thinking of the day. In turn, all of these equations paved the way for major developments in mathematics, science, philosophy, and technology. Without logarithms (invented in the early 17th century by John Napier and improved by Henry Briggs), scientists would not have been able to calculate the movement of the planets, and mathematicians would not have been able to develop fractal geometry. The Wave Equation is one of the most important equations in physics, and is crucial for engineers studying the vibrations in vehicles and the response of buildings to earthquakes. And the equation at the heart of Information Theory, devised by Claude Shannon, is the basis of digital communication today.

An approachable and informative guide to the equations upon which nearly every aspect of scientific and mathematical understanding depends, In Pursuit of the Unknown is also a reminder that equations have profoundly influenced our thinking and continue to make possible many of the advances that we take for granted.

Prev: In Praise of Love
Next: In Search of Mary Shelley