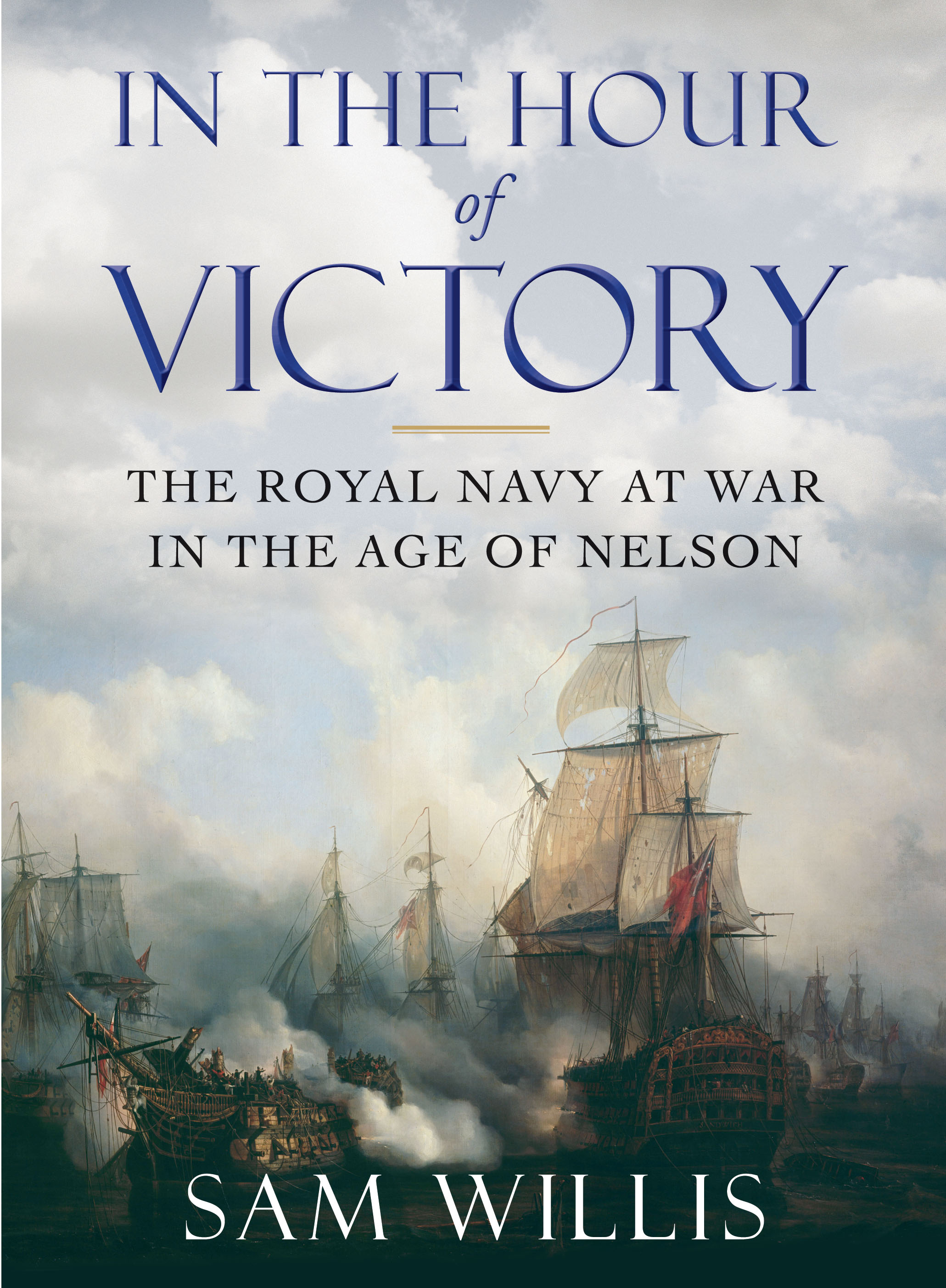 In the Hour of Victory

The Royal Navy at War in the Age of Nelson

The greatest victories from the British Navy’s golden age, told through never-before-seen letters from the officers themselves.

When Napoleon eventually died in exile, the Lords of the Admiralty ordered that the original dispatches from seven major fleet battles—The Glorious First of June (1794), St Vincent (1797), Camperdown (1797), The Nile (1798), Copenhagen (1801), Trafalgar (1805), and San Domingo (1806)—should be gathered together and presented to the nation. These letters, written by Britain’s admirals, captains, surgeons, and boatswains and sent back home in the midst of conflict, were bound in an immense volume, to be admired as a jewel of British history.&nbsp;

Sam Willis, one of Britain’s finest naval historians, stumbled on this collection by chance in the British Library in 2010 and soon found that only a handful of people knew of its existence. Willis here shapes that material into wonderful character portraits of the commanders on both sides, assessing their strengths and weaknesses. He also provides concise and illuminating explanations of the convoluted political circumstances surrounding each battle as he expertly reinterprets these key engagements in extraordinary and revelatory detail.

A beautifully illustrated dramatic narrative, In the Hour of Victory tells the story of these naval triumphs as never before and allows us to hear once more the officer’s voices as they describe the battles that made Britain great.

Prev: In the Heat of the Night
Next: In The Morning I'll Be Gone