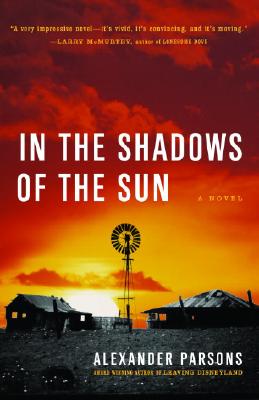 In the Shadow of the Sun

Award-winning novelist Alexander Parsons takes us from the scorched battlefields of World War II’s Pacific front to the badlands of America’s desert southwest in this starkly evocative novel about a ranching family living at the dawn of the nuclear age.Even as Jack Strickland fights the Japanese in the Philippines, his family in New Mexico clashes with the U.S. government, which intends to evict them from their ranch and turn their land into a bombing range. In the midst of this, news from a hemisphere away and antagonisms and temptations close to home threaten to split the family from within, their struggles and fortunes vividly illustrating America’s wartime progression into the modern era.

Prev: In The Morning I'll Be Gone
Next: In-Between Days