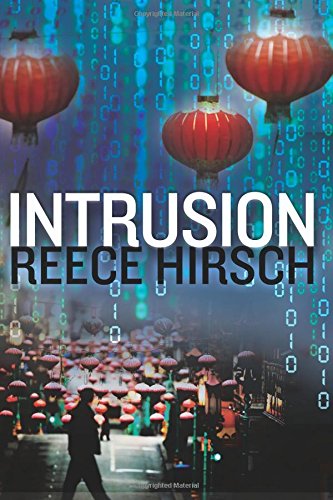 When a powerful client summons him for a midnight meeting, lawyer Chris Bruen knows something is very wrong. Zapper, the world’s most popular search engine, has been compromised and its most valuable asset—search algorithms—stolen. The company suspects that this most recent instance in a wave of high-tech crimes originated in China, and that the government itself is behind the systematic theft of US intellectual property.

Chris travels to China to search for evidence that will link the intrusion to the People’s Liberation Army. With remote assistance from Zoey Doucet, the head of his firm’s computer forensics lab and his maybe-girlfriend, Chris uncovers information that takes him even deeper into the shadowy world of cybercrime. Now he is trapped in a foreign land with a hard drive containing information that puts his life in jeopardy. In this secretive world of Big Data, Chris will risk everything to fight an elusive enemy as far-reaching as the Internet itself.