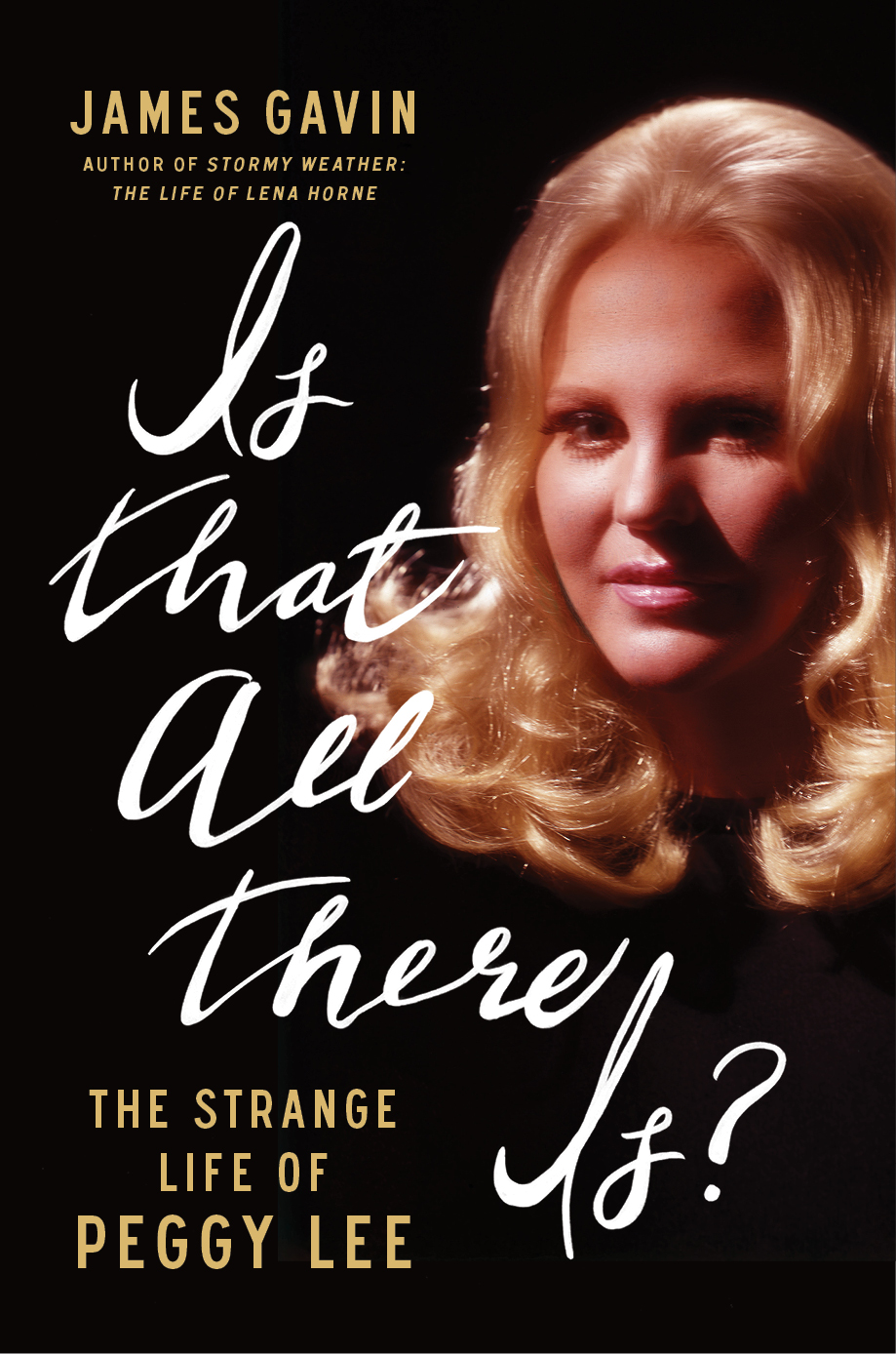 Is That All There Is?

The Strange Life of Peggy Lee

From the acclaimed author of the “definitive” (Vanity Fair) biography Stormy Weather: The Life of Lena Horne, a brilliantly written biography of iconic recording artist and musical legend Peggy Lee.

“She made you think that she knew who you were, that she was singing only to you…”

Miss Peggy Lee cast a spell when she sang. She purred so intimately at performances that couples stopped dancing and huddled closer. She hypnotized, even on television. She whispered, yet she could ignite a band’s rhythm and dazzle Ray Charles, Duke Ellington, and Louis Armstrong. She was the voice of swing, the voice of blues, and even the voice of Walt Disney’s Lady and the Tramp, whose score she co-wrote. But who was the singer behind all those songs?

With elegant writing and impeccable research, including interviews with dozens in Peggy Lee’s inner circle, acclaimed music journalist James Gavin’s new biography reveals a woman of many contradictions and many layers: confident yet insecure; a North Dakota farm girl and a jazz temptress of enduring mystique; a star on the center stage who redefined popular singing.

Like most of the great songstresses, she created a romantic nirvana onstage, but couldn’t sustain one in reality. The shows that looked so cool and effortless sprang from a series of rituals that made some observers think she was crazy. And as she passed middle age, Lee dwelled increasingly in a bizarre dreamland, claiming a special line to God and declaring that she would never die. She finally did, in 2002 at the age of eighty-one. But her story has only continued to fascinate and inspire since.

The tale of a woman who was many women and a singer with many different songs, this account of Peggy Lee’s strange and enchanting life is sure to enthrall music lovers everywhere.

Prev: Is That a Politician in Your Pocket?
Next: Is Your Buffalo Ready for Kindergarten?